Time and time again, you hear farmers lamenting that there’s just no one to work on their farms. Berries goes unpicked, fruits rot on the trees. Even livestock operations can’t function well because they’re so short-staffed.

Some people look around and wonder why there’s such a labor shortage. What happened?

Our lowest common denominator happened – people took charge of our government who believe in demonizing and scapegoating certain classes of people just because of where they come from and what they look like.

Numbers released near the end of last year show nearly 300,000 deportations in 2018 – a colossal number by any standard, and one that news reports cited as a new high after months of scapegoating and aggressive policing by law enforcement agents on the hunt for “illegal aliens.” Of course, the society is having the big debate around what should be done about immigration – but unfortunately, the wrong side is winning. The know-nothing-ism of wanting to deport the people who do the toughest jobs is a dramatic example of shooting one’s self in the foot – it’s all based on smoke and mirrors, a xenophobic mindset that arises ex nihilo, from the vapidity of right-wing TV and talk radio.

For people who believe in a shared global humanity and intercultural harmony, that’s bad enough, but even if you don’t care about any of that stuff, aggressive ICE tactics and police militarization and other issues have led to a really interesting problem that’s actively hurting our agricultural businesses.

If you haven’t figured it out yet, it’s simple – those laborers who worked so hard to pick our fruit and catch our chickens and haul heavy farming equipment around and do all of those tough manual labor farm jobs have been deported, chased out and driven underground by a tyrannical government.

The bulldogs of anti-immigration hatred are off their chains. Sheriff Joe Arpaio and his ilk are emboldened to talk about the most belligerent and aggressive immigration policies. It’s hard times for the immigrant, who has to always worry and look over his or her shoulder wondering about what comes next.

It stands to reason, then, that these people don’t show up to be counted in the job role. They’re leaving the farms, just like they’re leaving the landscaping business and everything else, and the sick joke is that everybody loses.

You can argue about “what kind of people immigrants are,” which is absurdly reductionist and bull-simple, but you can’t really argue that immigrants don’t contribute to farm labor – unless you’re wearing a tin-foil hat. Modern Farmer and other sources widely cite available statistics showing that more than half of all U.S. ag labor is done by immigrants. So if you try to get rid of the immigrants – you’re left with an even more drastic labor shortage.

A lot of us get this on an intuitive level, but you can see it right in front of your face if you show up to GTKYF Foundation Inc – The STEP Group  – Ag Labor.

We’re trying to improve local small farms by moving them toward sustainability, but first we have to crowdsource the labor to get these operations solvent. One example is by moving the birds from the farm to the processing plant.

The problem, of course, is getting good workers, people willing to not just show up, but actually do the work of catching the birds. It requires a bit of skill and a bit of hard work – and unfortunately that’s a bit more than most locally native people seem to have.

It’s unfortunate, to say the least, that we’ve let xenophobia and racism impact our agricultural processes this way. But now there’s an immediate opportunity to show the local community that there are hard-working Americans who will fill in when they’re needed. That’s the only silver lining that really applies – a chance to finally get down from the pedestal and do the work ourselves.

We are paying those who will come to catch chickens with us at night, or participate in other aspects of ag labor.  We’re paying good money, and we’re also providing an opportunity to look at what local agricultural operations look like. Do it for the chickens, so that we can improve their living conditions. Do it for the community, so that we can get better access to local food. And lastly, do it for yourself – because showing up and making a difference helps us, and it also helps you. By testing your comfort zone and going outside of the box, you come away with first-hand experience and an informed outlook, as well as bragging rights for taking on some of the hardest jobs in the industry.

It’s hard work – but it’s not impossible work. Getting involved will show you more about what you as a person are capable of – in a good way. Also, unlike in some other types of labor situations, taking on a part-time chicken catching, or other agricultural  job won’t make you a “scab” – trust us, there will always be enough local demand for farm workers. We want to fill in the gap in solidarity, until our hard-working brothers and sisters can come back and participate in our local economy. Otherwise, we’re going to cede ground to “big ag” – centralized production, mechanization, and a much less human farm community.

Remember that all of these programs rely on the continued financial support to keep GTKYF Foundation Inc on solid financial footing. Please consider DONATING TODAY. Thank You. 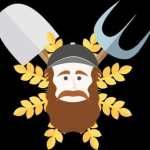 This site uses Akismet to reduce spam. Learn how your comment data is processed.

ANOTHER REASON TO GET TO YOUR FARMER:

You may have missed

ANOTHER REASON TO GET TO YOUR FARMER:

Fresh Produce for our Philadelphia Friends: